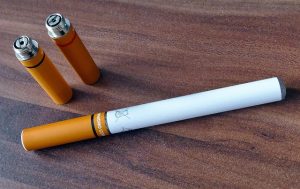 Dental Smiles At Dacula wants to see your overall and oral health thrive in 2017. Because of this and the upcoming National Drug & Alcohol Facts Week (January 23-29), we’ve compiled a list of ways that alcohol and drugs can spoil your smile.

Statistics On Alcohol Use

Medical experts concede that moderate alcohol consumption does carry some health benefits. These include reduced risk for heart disease, stroke and diabetes. Too much alcohol won’t just harm your overall health—it can affect your oral health as well.

The Effects Of Alcohol On Oral Health

Here are some of alcohol’s effects on your teeth and oral health as a whole. Note that alcohol has different effects on different people, and most serious conditions don’t develop overnight. However, alcohol in excess can be hazardous to your smile.

There are a number of reasons why consuming too much alcohol can lead to tooth decay. But one main reason is the high sugar content in most alcoholic drinks.

Sugar combines with the bacteria in your mouth to produce plaque. This plaque can erode your tooth enamel to create cavities. If left unchecked, bacteria can harm teeth beyond the enamel as well.

However, another alcohol side effect that can lead to tooth decay is dehydration. Consuming alcoholic drinks can lead to dry mouth conditions where saliva production decreases. Saliva normally washes away cavity-causing bacteria, and when saliva isn’t present it allows bacteria to thrive unhindered.

Drinking water after an alcoholic beverage can help return saliva production to normal. However, drinking in moderation will greatly limit tooth decay due to sugar or dehydration.

Colored alcoholic drinks like red wine and sangria can stain teeth over time. While this is a cosmetic effect—unlike the more serious threat of tooth decay—it can still discourage people looking to beautify their smile.

Serious teeth whitening programs can help reverse the staining effects of alcohol, as will diligent oral care. Still, the best way to combat this issue is to avoid excessive alcohol drinking.

A 2015 study released in the official American Academy of Periodontology journal revealed clear connections between alcohol consumption and periodontal disease (which affects the gums). The more frequently a participant in the study drank, the more their gum disease worsened.

This may be one of the biggest motivators to drink responsibly. According to the Oral Health Foundation, 1 in 3 oral cancer cases is linked to excessive alcohol consumption. And the American Cancer Society (ACS) states that more people will die of oral cancer each year than thyroid cancer, cervical cancer or Hodgkin’s lymphoma.

In order to steer clear of oral cancer, ACS recommends no more than 2 drinks a day for men and 1 drink a day for women. Eating healthy and preventing periodontal disease will also help you avoid this dangerous disease.

Statistics On Drug Use

According to the National Institute on Drug Abuse (NIDA), illicit drug use in the United States has been increasing. NIDA defines illicit drugs as “use of illegal drugs, including marijuana according to federal law, and misuse of prescription drugs.”

In 2013, about 24.6 million Americans aged 12 or older used an illicit drug in the past month. This amounts to 9.4% of the entire U.S. population, and is up from 8.3% in 2002. According to the survey, increased marijuana use is the biggest reason for the percentage jump. In fact, today marijuana is the most commonly used drug across the country.

The Effects Of Drug Use On Oral Health

Medical experts agree—the regular use of illegal drugs can harm the body and cause significant oral damage. This includes erosion of tooth enamel, gums and other parts of the mouth. While the specific symptoms may differ from drug to drug, many common side effects do exist.

Marijuana (pot, weed, cannabis) is the most commonly used recreational drug in the United States. However, recent studies show that long-term marijuana use can harm your gums and overall oral health.

A long-term study published last year found that people who smoked marijuana had a higher incidence of periodontitis, or advanced gum disease. In some cases, this can even lead to tooth loss among users in their thirties.

Periodontitis is common among U.S. adults, but few people understand how it wreaks havoc on your mouth. It destroys bones, gums and tissue because of inflammation and infection. However, its effects can be treated and even reversed with a doctor’s help.

Cocaine (or coke) is another popular drug with serious oral health side effects. When mixed with saliva, cocaine creates an acidic substance that harms tooth enamel and welcomes more bacteria. The drug also causes dry mouth conditions which also increases the risk of tooth decay.

Cocaine carries two more unique dangers for oral health. Users who rub cocaine over their gums can develop gingivitis and receding gum lines. If infections persist, they can lead to tooth loss.

Lastly, cocaine causes some users to clench and grind their teeth. This can erode precious surface enamel over time.

In 2011, 4.2 million Americans aged 12 or older reported using heroin at least once in their lives. Unfortunately, about 23% of all people who use heroin become dependent on it—and this means the drug can continue to harm both oral and overall health.

Aside from diseases that affect other parts of the body, heroin can also lead to tooth decay in a unique way. This drug can cause intense cravings for sugar products like candy and soda. As a result, constant sugar consumption can easily damage tooth enamel.

The effects of methamphetamine (or meth) on oral health are well-known among drug users and medical experts. The common term “meth mouth” describes a user with advanced tooth decay and gum disease which often leads to tooth loss as well.

Meth users’ remaining teeth often have a stained and rotting appearance. Dry mouth conditions and the acidic nature of meth greatly contribute to these problems.

Lastly, meth users may crave sugar like heroin users and grind their teeth like cocaine users. Meth clearly harms teeth in ways that combine the worst of all drug-related oral issues.

Cigarettes and other kinds of tobacco contain the addictive drug nicotine. However, the National Institute on Drug Abuse reports that the other chemicals within cigarettes contribute heavily to diseases and oral health conditions.

According to the Mouth Cancer Foundation, 90% of oral cancer patients are tobacco users. Tobacco use can also lead to the following symptoms:

All of these conditions make smoking extremely harmful to oral health, especially in the long run.

Protect Your Oral Health In 2017

The verdict is clear—excessive alcohol consumption and prolonged drug use have terrible effects on your teeth and oral health as a whole. While strong oral care habits can help lessen some of the above symptoms, the best way to improve your condition in 2017 is to steer clear of all harmful alcohol and drug practices.

If you need help bringing your oral health back into alignment this year, give Dr. Devang Shah a call today. Dental Smiles at Dacula can help you recover the smile and health you’ve always wanted!

Ingraham, C. (2016, June 2). Chronic marijuana use is about as bad for your health as not flossing, researchers find.